A child prodigy to a singing movie star to the Carnatic icon she became in her lifetime. From achieving the prestigious Magsaysay Award to the Bharat Ratna, she definitely was a legend.
Who is a legend? What makes a person legend? A person who represented a nation for the first time at UN that too through her music. A voice which echoes in the ears of billions of music lovers across 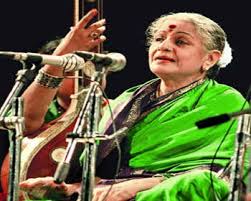 the world. A person who had travelled around the world as the countrys' Cultural Ambassador.These all definitely make the definition of a legend.Yes! its evident I am talking of one of the greatest musician India ever produced, a Carnatic Music legacy-MS Subhalakshmi. The year 2016 will be remembered for celebrating the birth centenary of this great legend. As I wrote above she was the one who represented India at the United Nations' General Assembly through her divine music. It was 23rd October 1966 and its 5 decades since she performed there. The United Nation,a Global body honoured this Global citizen on the eve of her 50th anniversary of her performance there.The UN Postal Administration issued stamp to mark Subbulakshmi’s 100th birth anniversary and also marking the 50th anniversary of her memorable performance at the General Assembly.
This year has three major dates. First is the birth centenary of MS Subbulakshmi herself. The second is the Golden Jubilee of her UN concert! It is also the 70th year of India’s independence! The United Nations is celebrating all these occasions. In connection with this the United Nations had invited several artistes from India to perform on India’s Independence Day. Music director A R Rahman  paid his tribute to MS at the UN General Assembly.
People said she was a divine manifestation. The flawless singer whose voice had a divine power, Her breath control with complete adherence to shruti had really made a billion music lovers fan of her.Her fan list included people like Mahatma Gandhi, Pt Jawaharlal Nehru, Sarojni Naidu.Sarojni Naidu after listening her performance once exclaimed Subbulakshmi was Meera come to life.
Jawahar Lal Nehru called her the Queen of Music, Sarojini Naidu called her the Nightingale of India, Ustad Bade Ghulam Ali Khan called her Suswaralakshmi, and Lata Mangeshkar called her Tapaswini.
This legendary singer will always be remembered among the music lovers throughout the globe through her music. India and we Indians are really proud to produce such a musician. The celebrating of her's birth centenary by UN on such a large scale speaks a milliom words. She really was a ratna-A Bharat Ratna.

Music Has No Boundaries...

One thing which can’t be stopped from travelling to a different country without a visa or passport is- Art and Music. I will talk about ... 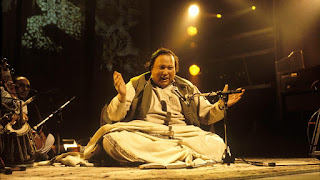 I am an IndiBlogger